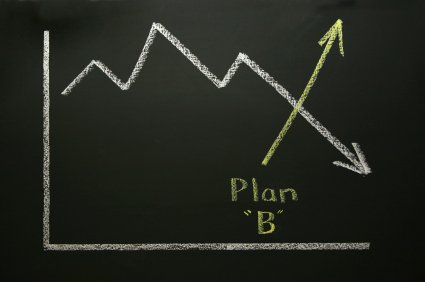 Software Metrics is a very controversial topic. A quick search on Google for good software metrics to track comes with lots of results. Ask any tester, manager or ask this question on online forums or raise it in tester gatherings and you will get a mix of answers. Some of them are mentioned below:

Metrics can help guide your team and help you measure your team’s progress towards its goals. Metrics, on the other hand can also be a pit of wasted effort, numbers recorded for the sake of numbers.

Why do you need Metrics?

There are some really good and bad reasons to track metrics. Lisa Crispin and Janet Gregory write in their book Agile Testing

When Metrics are used as guideposts, telling the team when it’s getting off track or providing feedback that it’s on the right track, they’re worth gathering. Is our number of unit tests going up every day? Why did code coverage take a dive from 75% to 65%? It might have been a good reason – maybe we got rid of unused code that was covered by tests. Metrics can alert us to problems, but in isolation they don’t usually provide value.

Before you try to decide what metrics to collect, you should ask yourself this question. What am I going to do with this information? Some reasons why you might need to collect metrics are as follows:

Identify the reason first and then decide what metrics you need to collect. Lastly, decide how to collect this information.

If your goals are measurable, the measurements you need to gather to track the metrics will be obvious.

In their book, Implementing Lean Software Development: From Concept to Cash,Mary and Tom Poppendieck, go into detail about how one can apply lean initiatives to testing and developments. They explain that fundamental lean measurement is the times it takes to go “from concept to cash”, from a customer’s feature request to delivered software. They call this measurement “cycle time”. The focus then is on the team’s ability to “repeatedly and reliably” deliver new business value. The team tries to continuously improve their process and reduce cycle time. Another lean measurement used is financial return. If a team is developing a profitable product, it needs to understand how it can achieve the most profit. Even if there is no profit involved, a team should look into the Return on Investment to make sure its delivering best value. (1)

This also echoes my point made above about knowing how to delight your customer and knowing what the ROI of this activity is. Don’t forget there is a cost overhead in collecting metrics:

Your activity of capturing metrics should pass the test of economics, wherein the benefits derived are far greater than the cost expended.

What Not to do with Metrics:

Metrics that involve the whole team are more likely to drive you towards success than are measures confined to isolated roles or groups. Metrics can also be used in a terrible way. One of these is to use them as a basis for an individual team member’s performance evaluation. One of my colleagues who works for a test consultancy in India was telling me about one of her previous work experiences where the company judged testers by the number of defects they found.

How does this help them do their jobs better? Bug counting results in the generation of meaningless metrics. I’ve raised 40 bugs in a half day of testing once; the code was still working, it just needed lots of tidying up before being released. On a different project, I raised two bugs in a single day of testing, each one of which on its own would have been sufficient to halt testing and forced developers back to rework things. When Microsoft released Windows 2000, there were over 65,000 known issues (bugs), yet is was a very successful product. IBM released an ALGOL compiler in the 1960s with one bug: it wouldn’t load. In short, not all bugs are equal.

Similarly, is it safe to say that a development team that produces a higher number of defects per lines of code is doing a bad job? Or a team that finds more defects is doing a good job? Even if the thought holds up, how motivating is it for a team to be whacked over the head with numbers? (2)

Some popular Metrics to Track:

Another traditional metric to see how much of the code is exercised by tests. A lot of commercial and open source code coverage tools available which can be integrated into the build pipeline so you will immediately know if the coverage has gone up or down. One thing to note here is that these tools only measure the coverage of the code you have written. If you have missed some functionality, then this will not be spotted by these tools. You can have 90% of code coverage but you can also be missing 10% of functionality. TDD can help with that. (3)

Track the number of tests at each level. Unit, Functional, Story Level, GUI level, Performance etc. Although we get happy seeing the number of tests go up, but the numbers on their own are not enough. If you have a 1000 tests but they only give you 10% coverage, then this is not a good position to be in.