You should always strive to write your code so that it does what it looks like it does.  Have you heard of the phenomenon called the “write-only code”? This is code that made some kind of sense to whoever wrote it at some point in time, but it is difficult to understand for anyone trying to read it a later date, even if the person reading is the author. This kind of problem can be resolved by comments in the code.

Although comments can be very useful but sometimes it can also go wrong. I saw a common mistake today, which is this:

As you can see, these comments are just repeating what the code already said. This is just a waste but surprisingly, this is very common. One of the reason for this is mainly because these developers have been told that comments are good, but they have no idea as to what makes a good comment. A comment should say something that is not obvious from the code and which is likely to be useful to anyone trying to understand the code.

Another common fault is this:

Here, the comment contradicts the code which is not very helpful. This kind of thing usually happens when someone modified/refactored the code without updating the comment. A quick review of the comments after a code change is always worth doing.

Tools you will need: 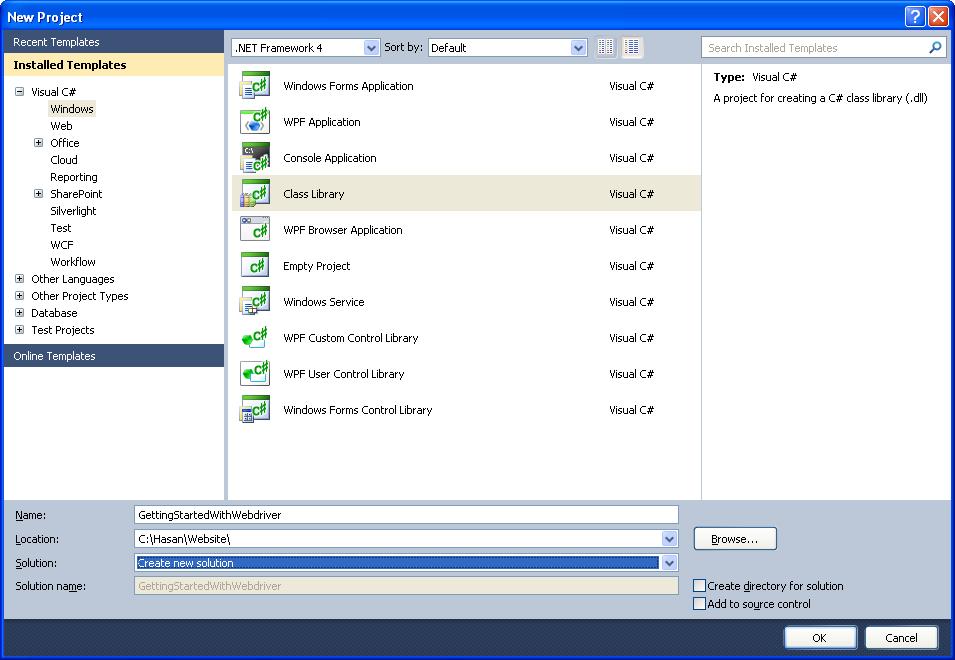 You are now ready to write some code. Here is what we will be doing.

Incase you are wondering where did I get the ID of the fields from, you can use a tool like firebug in firefox to inspect elements on a broweser. See below 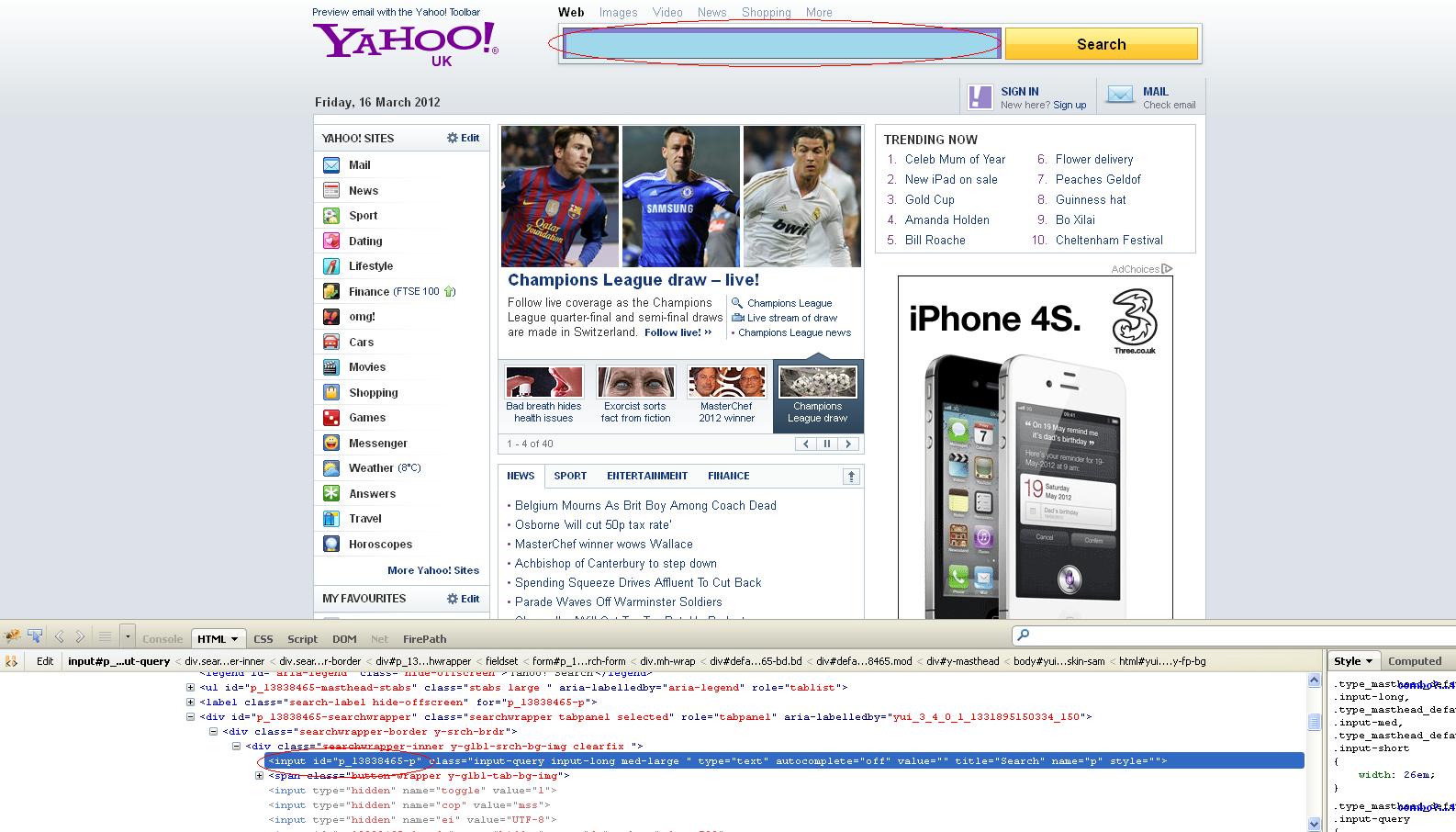 And there you have it, your first test in Webdriver and CSharp.

Two years ago, while working at the The Trainilne, I was part of the Automated Refunds project and the main QA/Developer for its automated test framework. The aim was to replace the existing mainly manual system and provide a transactional and fully automated refund processing system.

As this application was mainly to be used in Internet Explorer, we decided to build an automated testing framework using Selenium RC, NUNIT and C#. This testing framework was a success, with 30,000 lines of code (including coding of 120 tests) and 1650 Assertions.

My Selenium journey started way back in September 2006, while I was still at University and was doing my work placement at Volantis. The selenium RC version back then was 0.8.1 and Selenium IDE was 0.8.2. Selenium has come a long way since then and became a popular and well established testing framework that worked with a large number of browsers, allowed you to write your tests in almost any language, it was Open Source and as it was written in JavaScript, it was very easy and quick to add support for new browsers that might be released.

But it was not perfect. I took a lot of shortcuts, cut corners and did stuff in ugly/dirty ways to get things done. JavaScript being selenium’s strength was also its weakness. Browsers impose a very strict security model on any JavaScript that they execute in order to protect a user from malicious scripts. Examples of where this security model makes testing harder are when trying to upload a file (IE prevents JavaScript from changing the value of an Input file element) and when trying to navigate between domains (because of the single host origin policy problem). Selenium API has also grown over time and with that, it’s become harder to understand how to best use it. I personally found the API difficult to navigate.

To solve these problems, I said Hi to Selenium 2 also know as Webdriver! Webdriver takes a different approach to solve the same problem as Selenium. Rather than being a JavaScript application running within the browser, it uses whichever mechanism is most appropriate to control the browser. For Firefox, this means that WebDriver is implemented as an extension. For IE, WebDriver makes use of IE’s Automation controls. According to Selenium HQ:

The primary new feature is the integration of the WebDriver API. This addresses a number of limitations along with providing an alternative, and simpler, programming interface. The goal is to develop an object-oriented API that provides additional support for a larger number of browsers along with improved support for modern advanced web-app testing problems.